Sikoba tokens (“SKO”) will represent an electronic form of value that will be used to indirectly pay for for transaction fees on the Sikoba network. There will actually be two types of tokens: SKO and SKS.

SKO is the main Sikoba network token, and this is the token being sold to fund network development. The price of SKO will eventually fluctuate based on supply and demand. Currently, there is no active market for this token, and we only have a record of token sales at (so far) steadily increasing prices. Once the mainnet is launched, a market for SKO tokens will be organized and the SKO price should be influenced by the actual growth of the Sikoba network as measured, for example, by transaction volume.

SKS is the internal Sikoba Gas token, an accounting unit whose value will be fixed against a basket of currencies, initially against XDR 1 with 1 XDR = 150 SKS. All transaction fees on the Sikoba network will be expressed in SKS, making them stable and predictable over the long term. 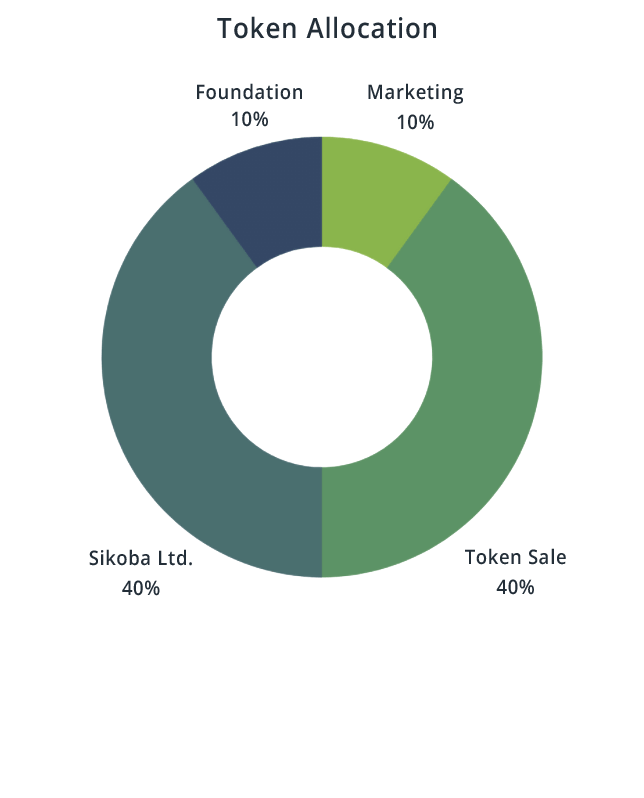 The demand for SKO tokens will be driven by users who wish to transact on the Sikoba network. Such users will have the possibility to purchase SKO tokens for fiat money or cryptocurrencies using various methods: on crypto exchanges, online using their credit card, from other Sikoba users, from local re-sellers such as participating stores, as well as from Sikoba local partners. We will also provide a way for Sikoba users to buy SKS directly, via a purchase of SKO followed by an immediate conversion to SKS.

The Sikoba network will include an Internal Special Purpose Exchange (“ISPE”) acting as an automated market-maker, fee collector and fee redistributor. The ISPE will tend to accumulate a net position in SKO, which it will periodically distribute to:

- The Sikoba Federation members (i.e. the node operators), to compensate them for the running costs of the nodes that they operate;
- The Sikoba Foundation, to provide it with resources with which to fund projects that will benefit the ecosystem;
- Sikoba network users, as incentives, e.g. as a reward for activity or staking;

The Sikoba Federation members and the Sikoba Foundation will tend to sell SKO tokens for fiat to fund their operating costs, thus closing the circle. Given a fixed supply of SKO tokens, this will naturally result in a tendency for the price of SKO to follow the volume of transactions on the Sikoba network.

Because the Sikoba mainnet has not yet been launched, tokens can currently exist only as temporary representations of future utility tokens. These are in the form of ERC-20 tokens on the Ethereum blockchain. In late June 2020, a new token contract was created at the following address, with symbol SKO: https://etherscan.io/token/0x6B40089e6CBa08696D9ae48F38e2b06fAFF81765

Holders of the old SKO1 tokens can aks for these tokens to be swapped for the new SKO tokens.